Convenient Metro Map for iOS, which does not require an Internet access. With this app, you can quickly build the best route and arrive at the destination point as fast as possible.

The Yandex.Metro app includes maps of the subway in Moscow, St. Petersburg, Kiev, Kharkov, Minsk and Istanbul. For each of these cities, there is an automatical optimal route construction feature, and also the possibility of calculating the estimated time of the journey.

In addition, residents and guests of Moscow and St. Petersburg will be able to refill "Troika" (Moscow) and "Podorozhnik" (St. Petersburg) tickets, right through the application. 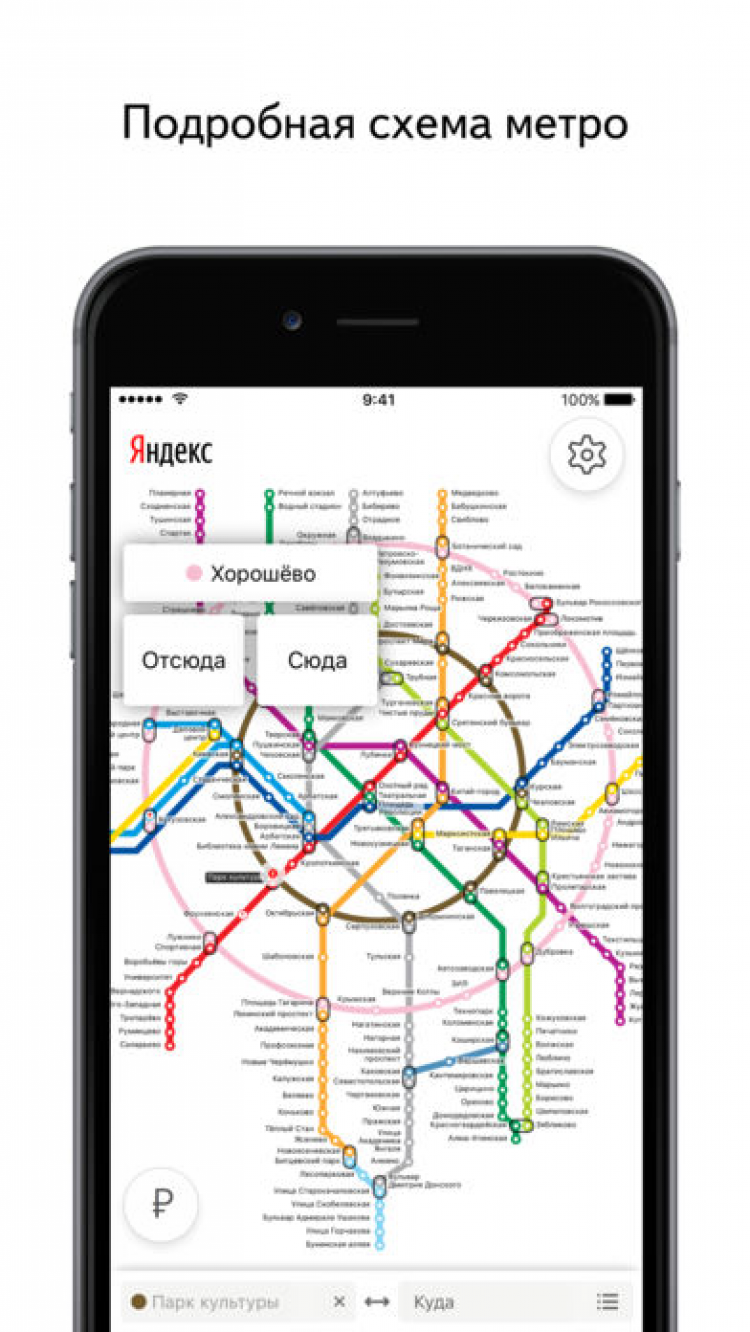 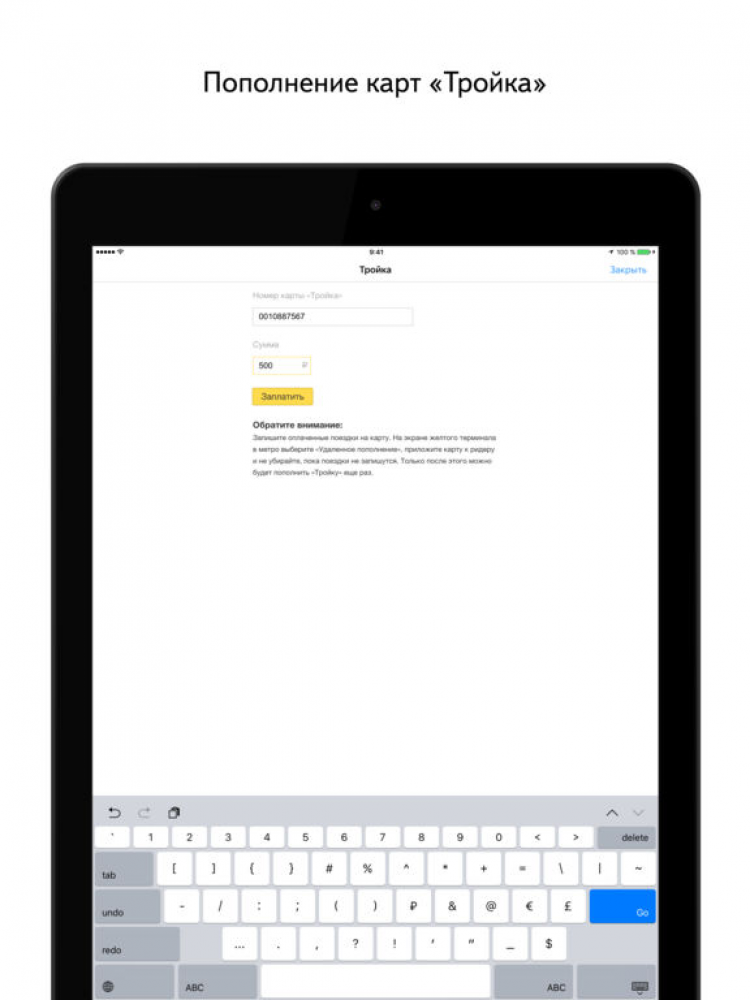 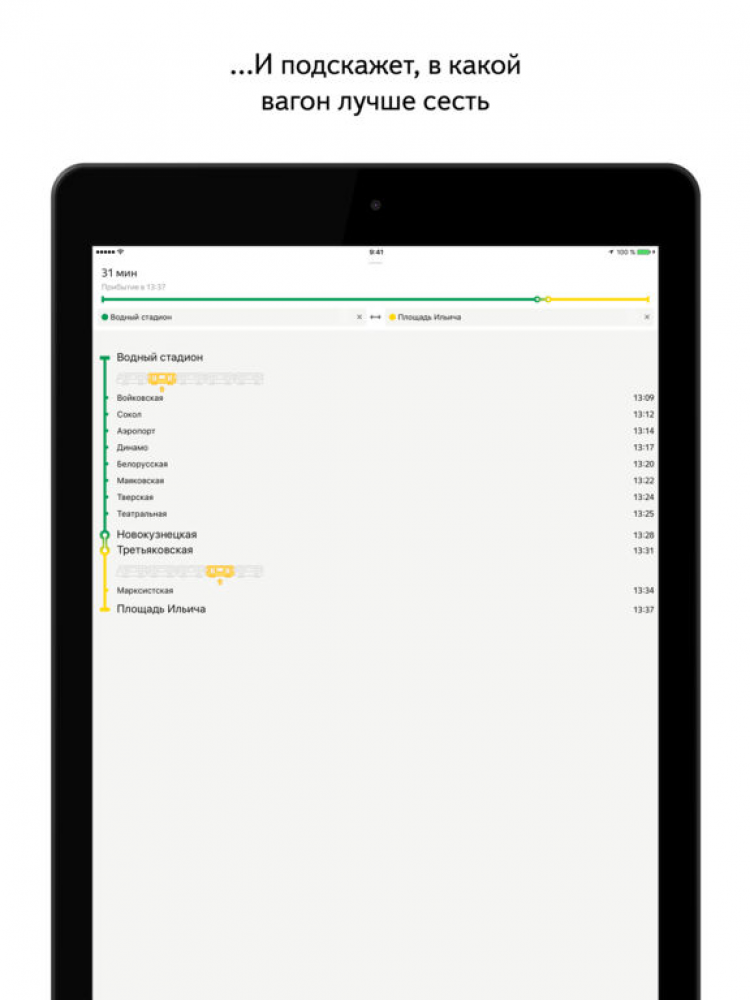 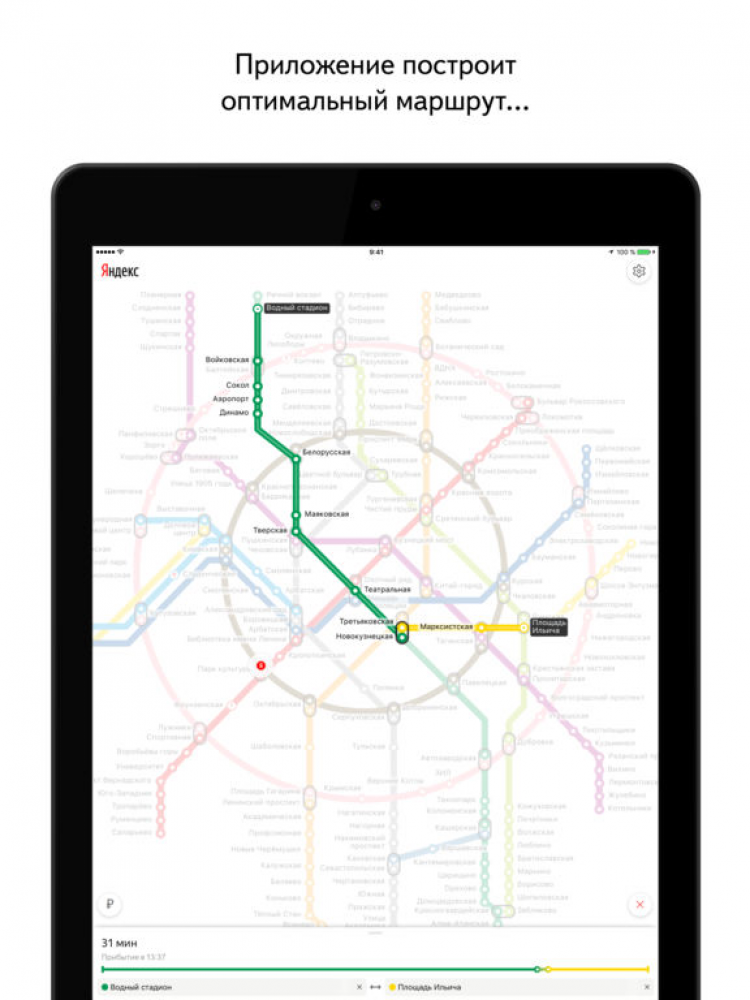 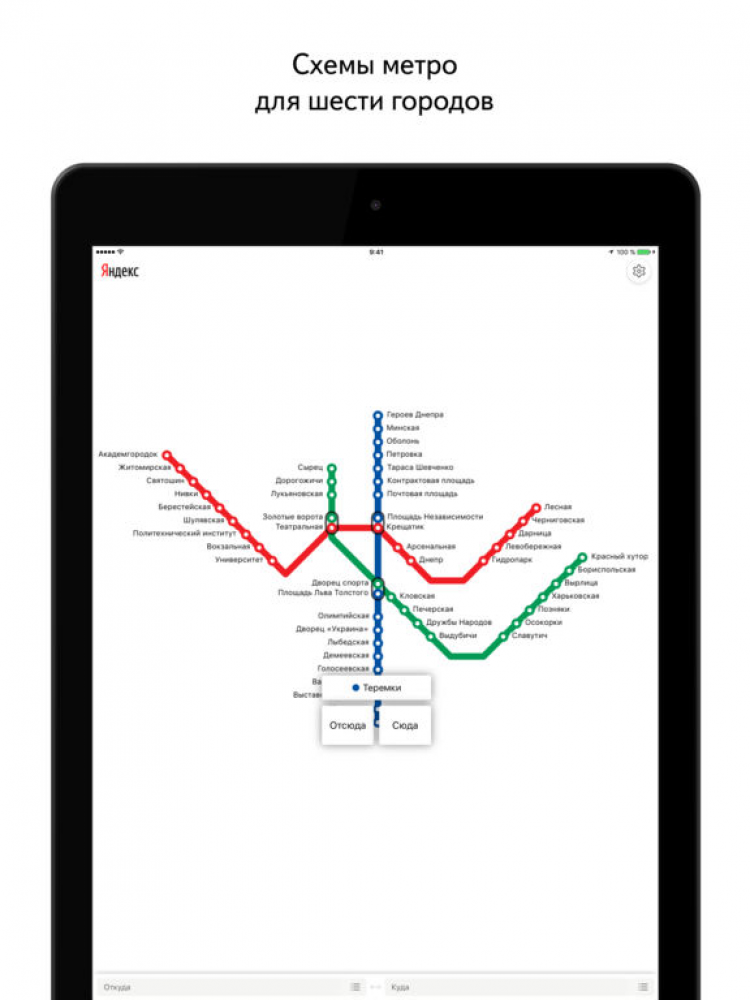 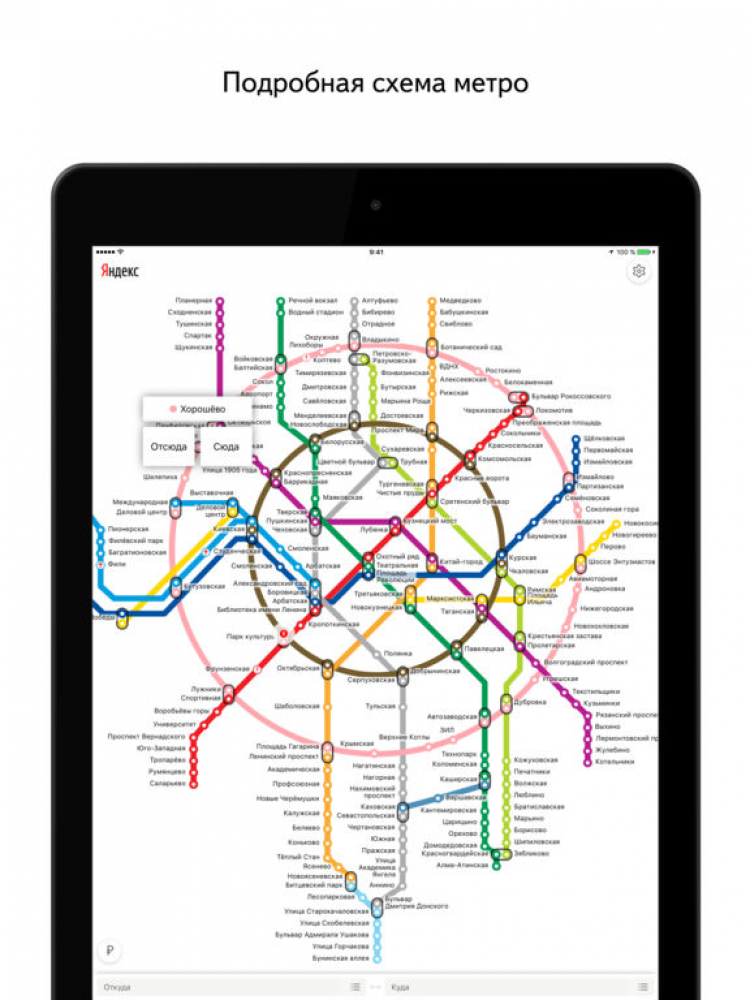 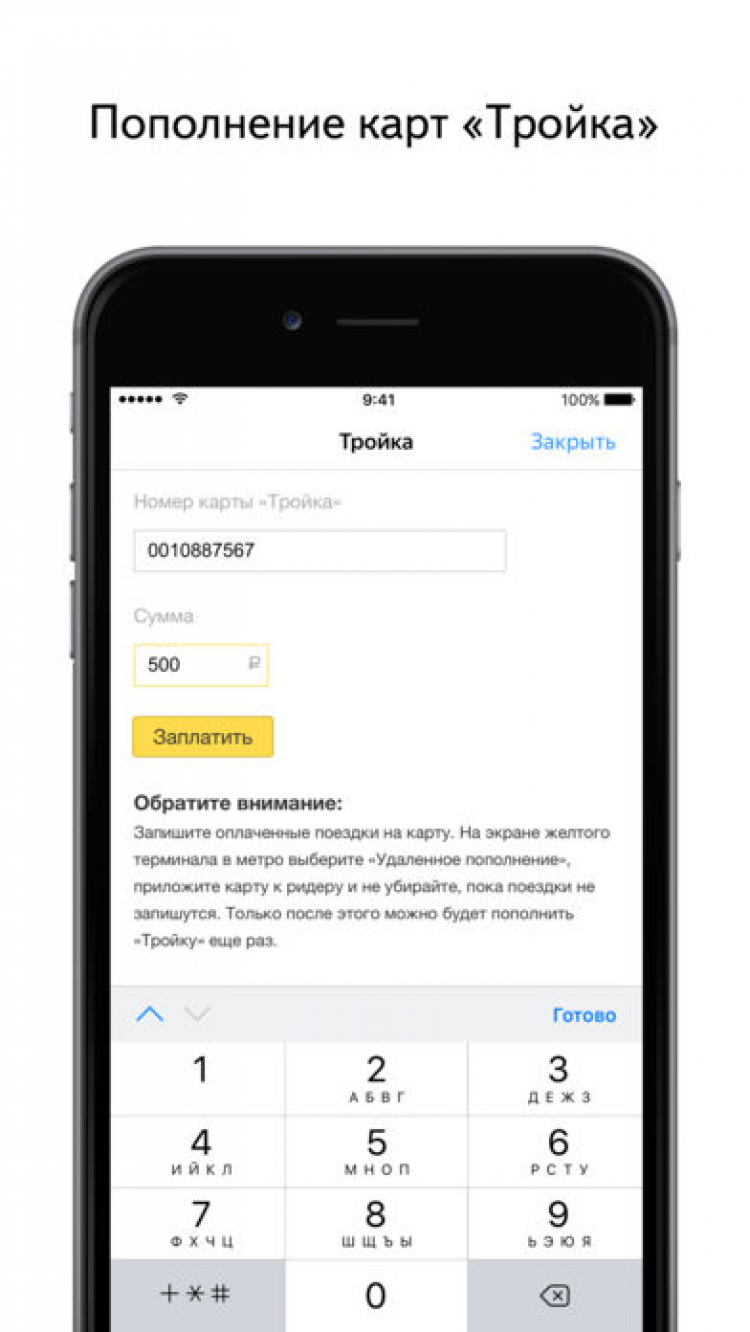 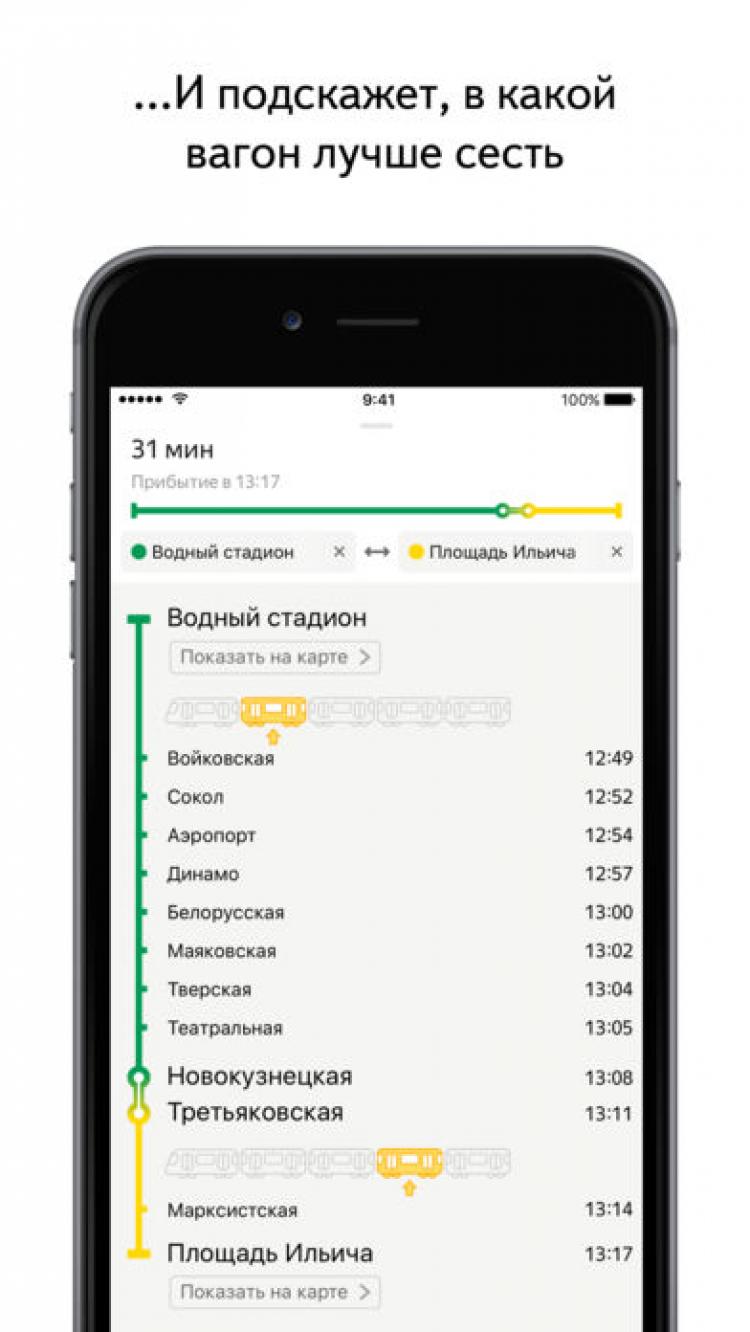 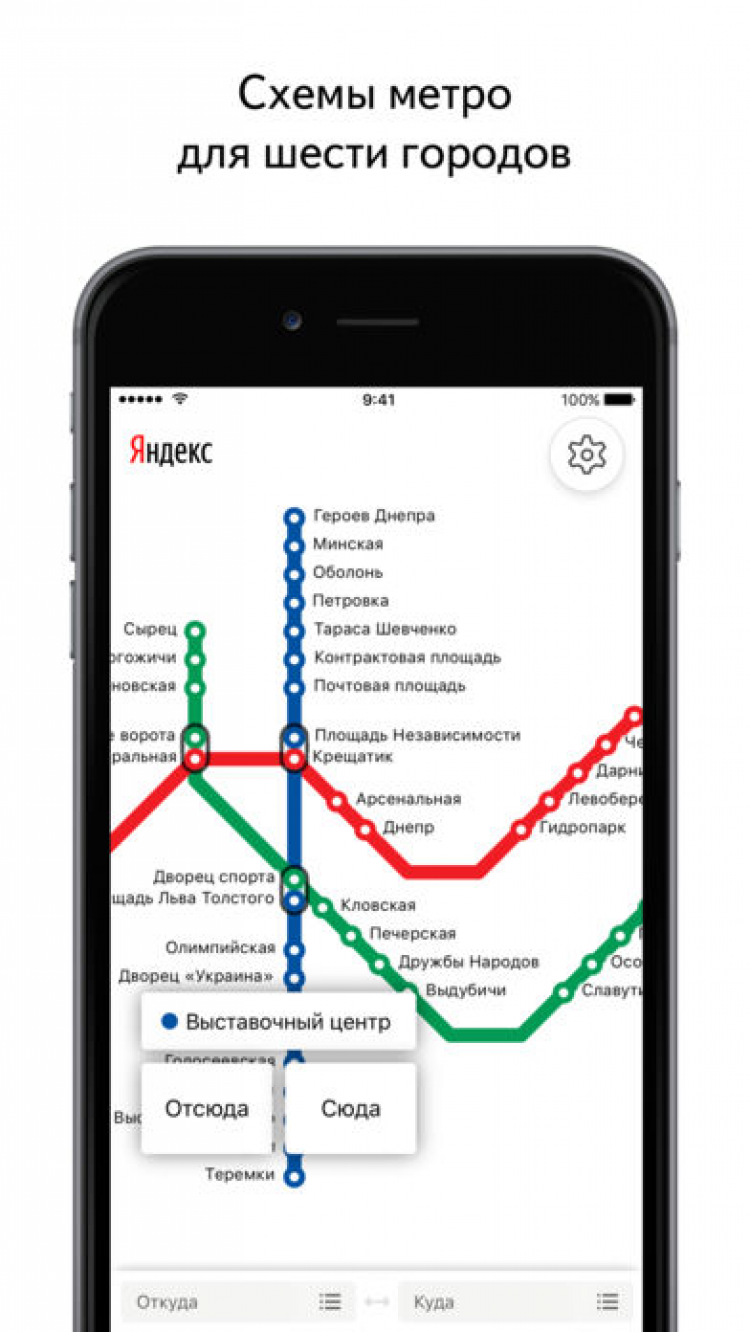 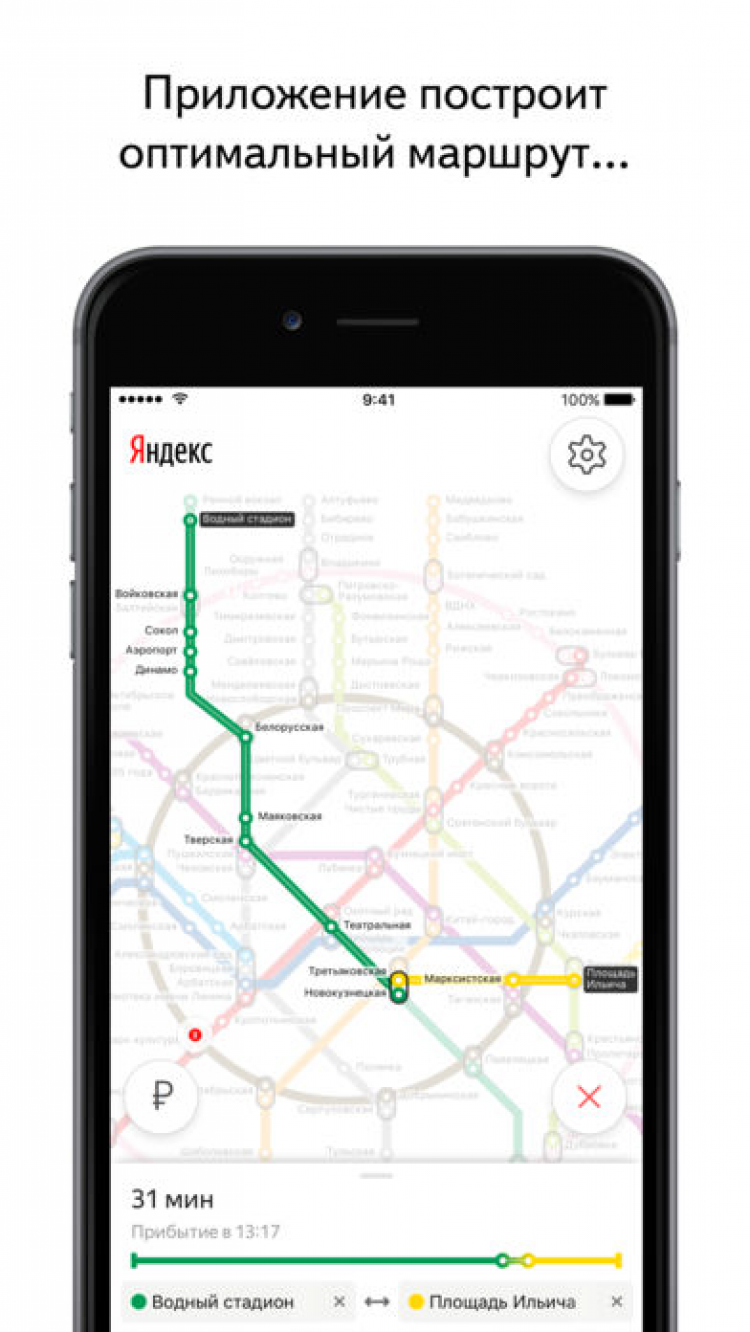