Clash of Clans for iOS

In this game you'll get the opportunity to build and develop your own village, and to protect it from the barbarian hordes and lead your clan to victory.

Playing the Clash of Clans game, you will act as the leader of a small village and develop it into an unassailable fortress. To confront numerous enemies, you can gather your own army, hiring Barbarians, Archers, Hog Riders, Wizards, Dragons and other types of warriors, that have multiple levels of upgrades.

Unite with players from around the world into powerful clans and fight with other players or entire clans in endless epic wars, earn trophies and protect your village by purchasing guns, mortars, bombs, traps and building walls and towers.

The game includes a huge number of possible combinations of forces, spells, characters and clan reinforcements, which directly affects on the battle results.

Also, the game Clash of Clans has a campaign mode. In it, you have to fight against the Goblin King and to explore the whole game world. 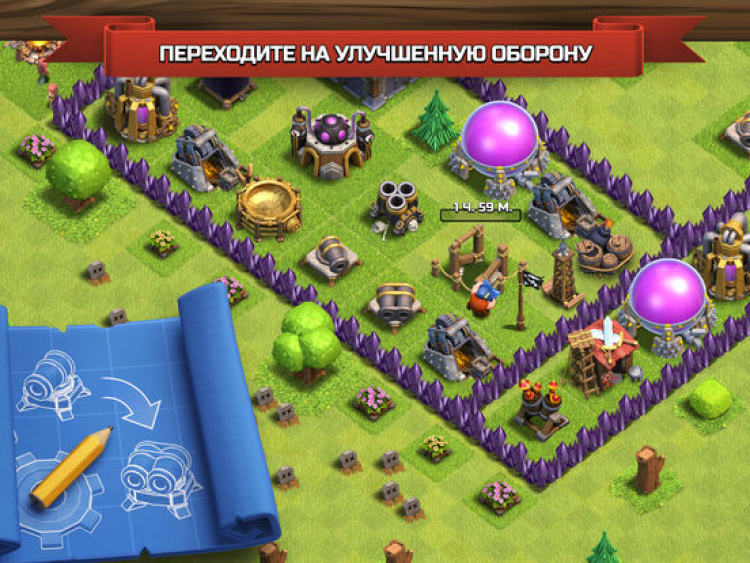 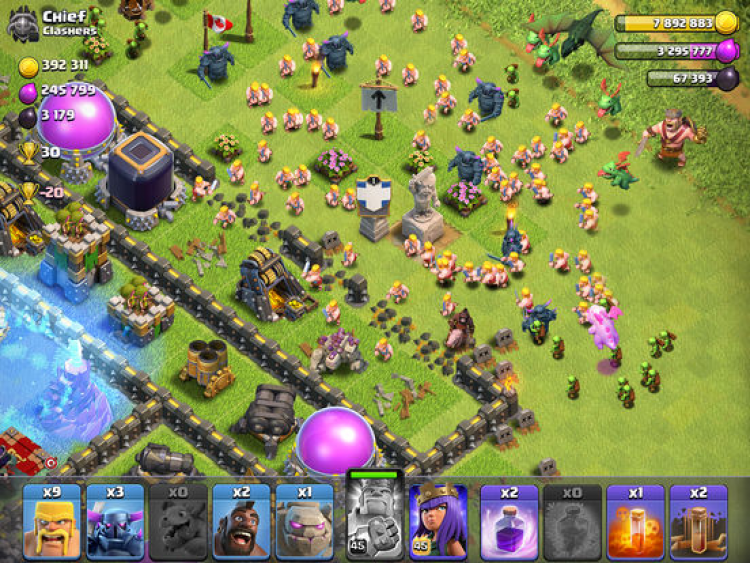 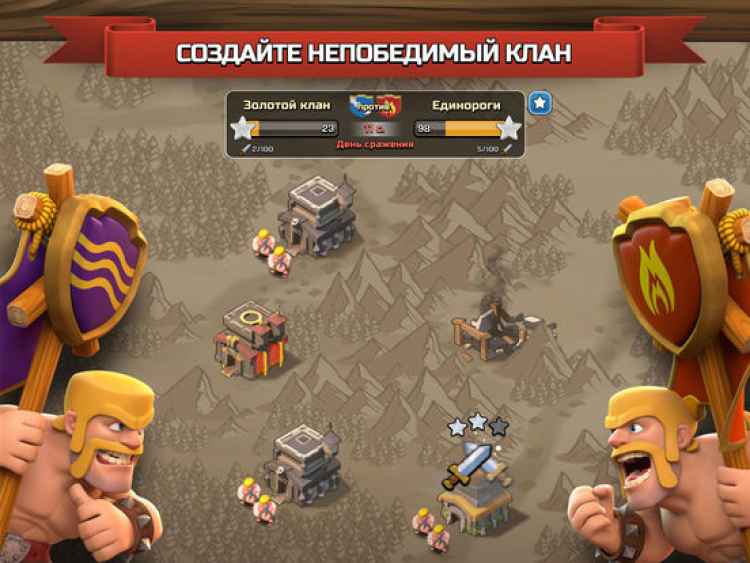 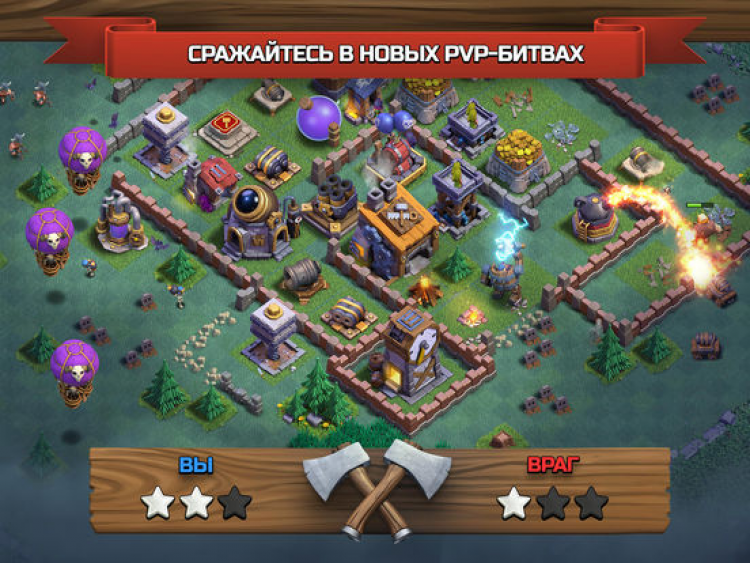 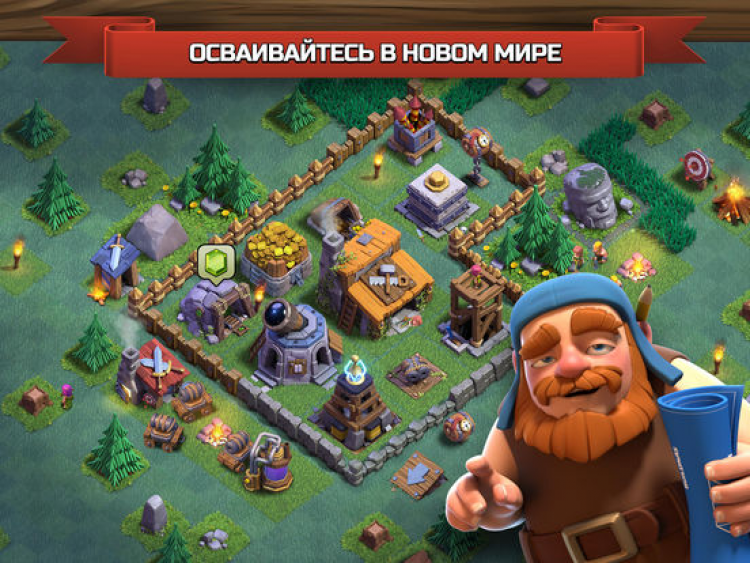 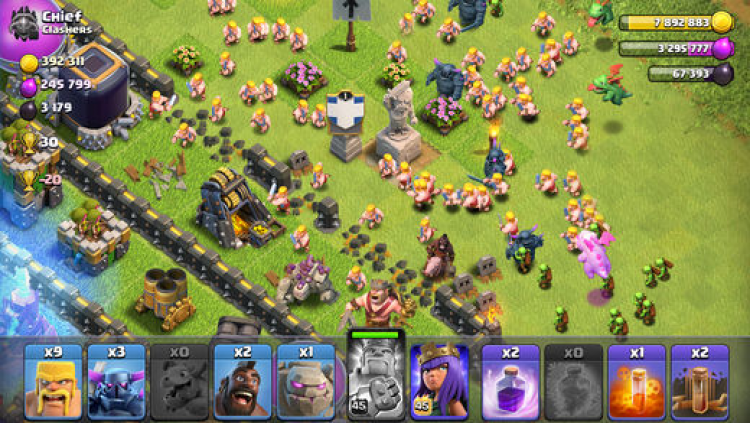 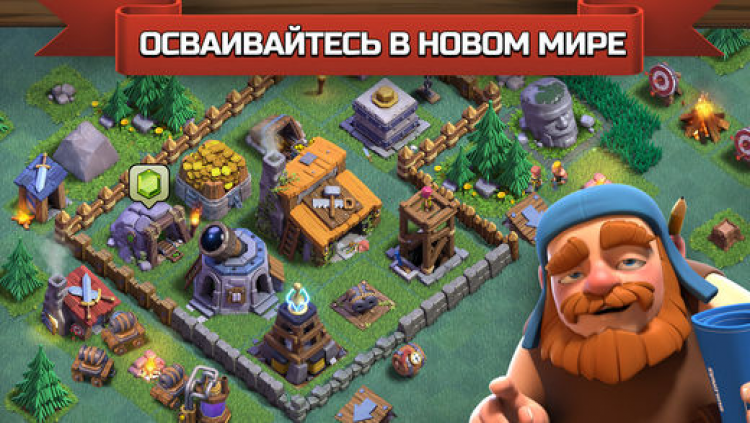 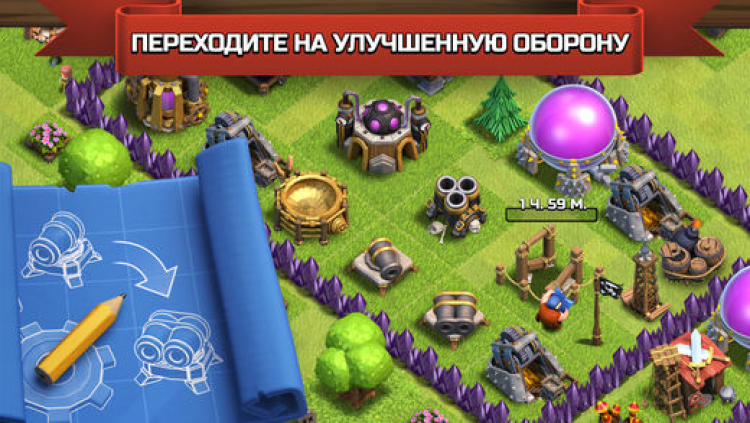 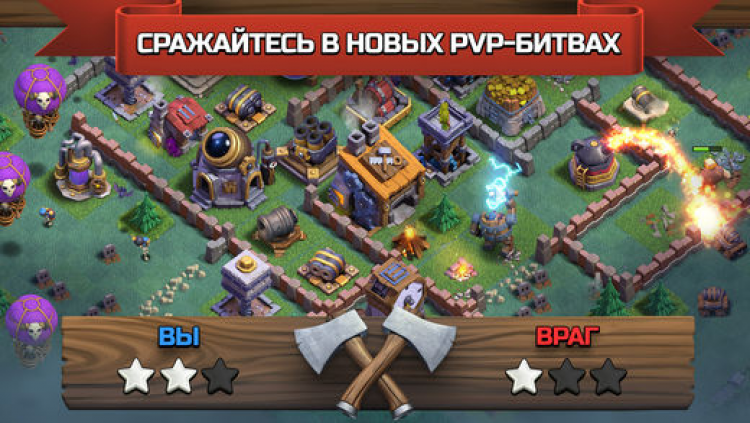 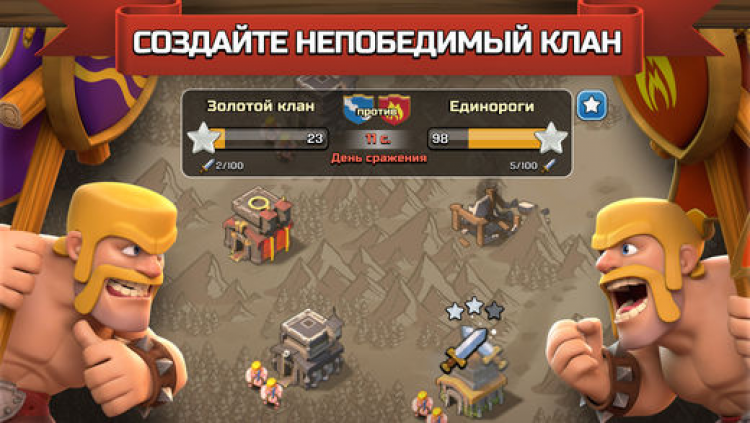